Each year, UNO recognizes excellence and student achievement at its Student Honors Convocation.

Not only are students from each department and school recognized, but a select number are also chosen for college-wide and campus-wide awards. This year, 14 different students were selected for these awards not only their academic achievements but also their contributions to the university and community.

As a college Freshman, ‘All the world’s a stage’ initially meant nothing to Mike Burns. Just months later, thanks to a suggestions from a professor to get involved with UNO Theatre to help with his screenwriting class, he became familiar face on stage on and off campus.

“Even from the very beginning, UNO felt like home and totally embraced me with open arms,” he says. “To receive the CFAM Outstanding Student Award is amazing. It is a very humbling experience and means that all the hours of hard work and dedication it took to the very end has paid off.”

Since graduating, the Omaha native has been recognized nationally by the Broadcast Education Association for his original radio drama “A Dark Night in Arkham” and his voiceover work for UNO MavRadio’s “Haunted Heartland;” he also participated in a tour with the Stella Adler: Art of Acting Conservatory in Los Angeles. His future plans include performing in “The Woodsman” this summer at the Bluebarn Theatre and shooting a new local film called “CHIT.”

Mike says he has very simple advice for current and future students: 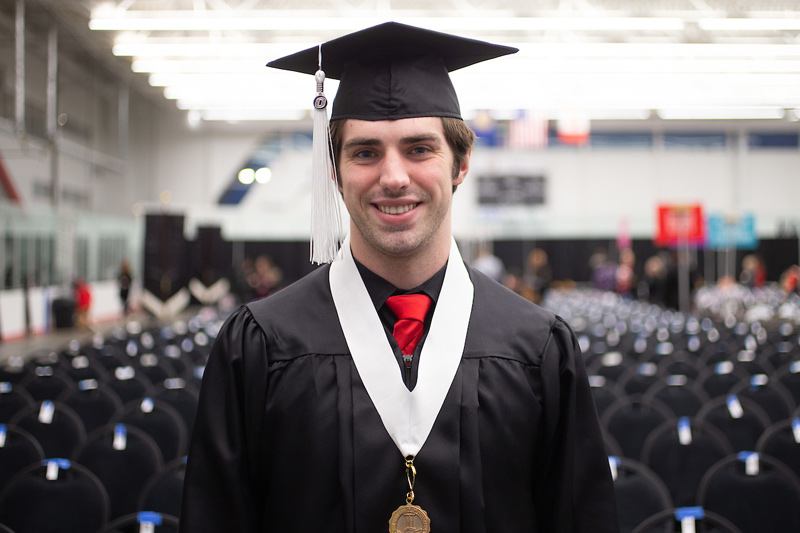 As a college Freshman, ‘All the world’s a stage’ initially meant nothing to Michael Burns II. Just months later, thanks to a suggestions from his English professor, he was a familiar face within Weber Fine Arts Building Black Box Theatre.

After enrolling in a screenplay writing class at UNO, his English professor encouraged him to get more involved with theatre to better understand how to tell his stories. Having never acted a day in his life, he auditioned for Dracula, was cast as the supporting role and the rest is history.

From that production forward, Burns’ name was featured in a theatre program every semester both on campus and at community venues like the Omaha Community Playouse and SNAP! Theatre. His first lead role came with a production called “Shakespeare’s Dog,” a comedic origin story to the bard himself. He and the other actors in the play were able to raise just over one thousand dollars for the Nebraska Humane Society, all while doing what they loved to do.

Looking back at his time on campus, Burns is very grateful for all of the relationships he built and the opportunities he has had here.

“Even from the very beginning, UNO felt like home and totally embraced me with open arms.”

With a long list of professors to credit as amazing mentors and testaments to his success, Burns offers very simple advice for students to come after him.

As for his future, keep your eyes peeled. In the coming year he plans to move to Chicago or Los Angeles and pursue a career in acting.

BEA’s international digital media and broadcast competition
for faculty and students. Over 300 participating schools and
over 1,500 annual entries from around the world. 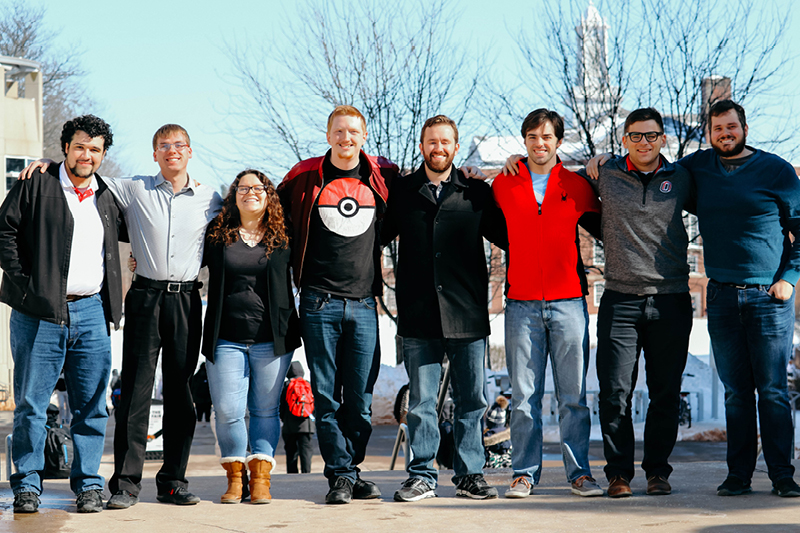 The Festival of Media Arts competition received more than 1500 entries from around the world including 300 colleges and universities.

MavRadio.FM General Manager Gabby Kesterson said the staff keeps pushing each other out of their comfort zones in order to improve the quality of their production and overall educational experience. “All this hard work, school days, weekends, nights and holidays; it’s paying off,” said Kesterson. “Being recognized for their excellence is exactly what this staff deserves.“

This year’s award winners are: